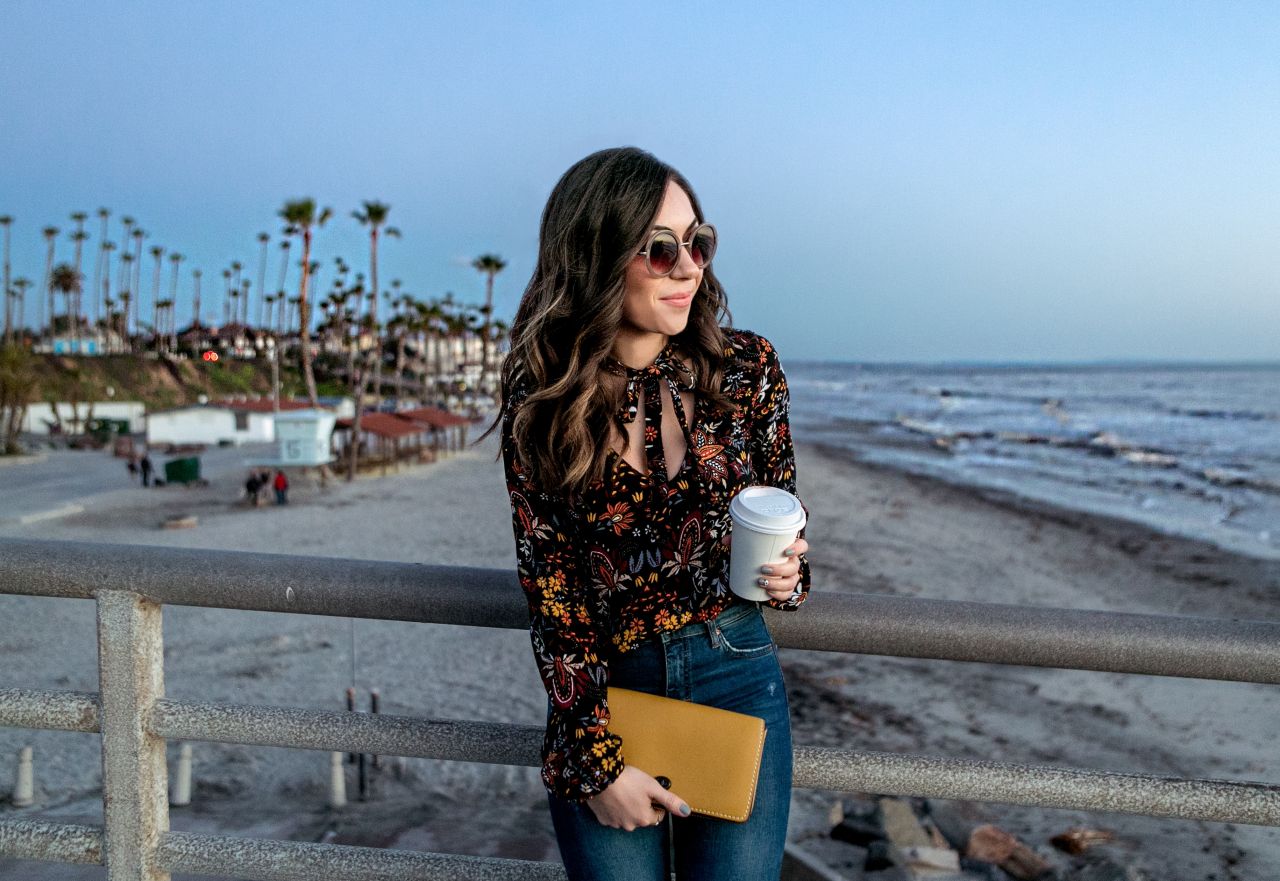 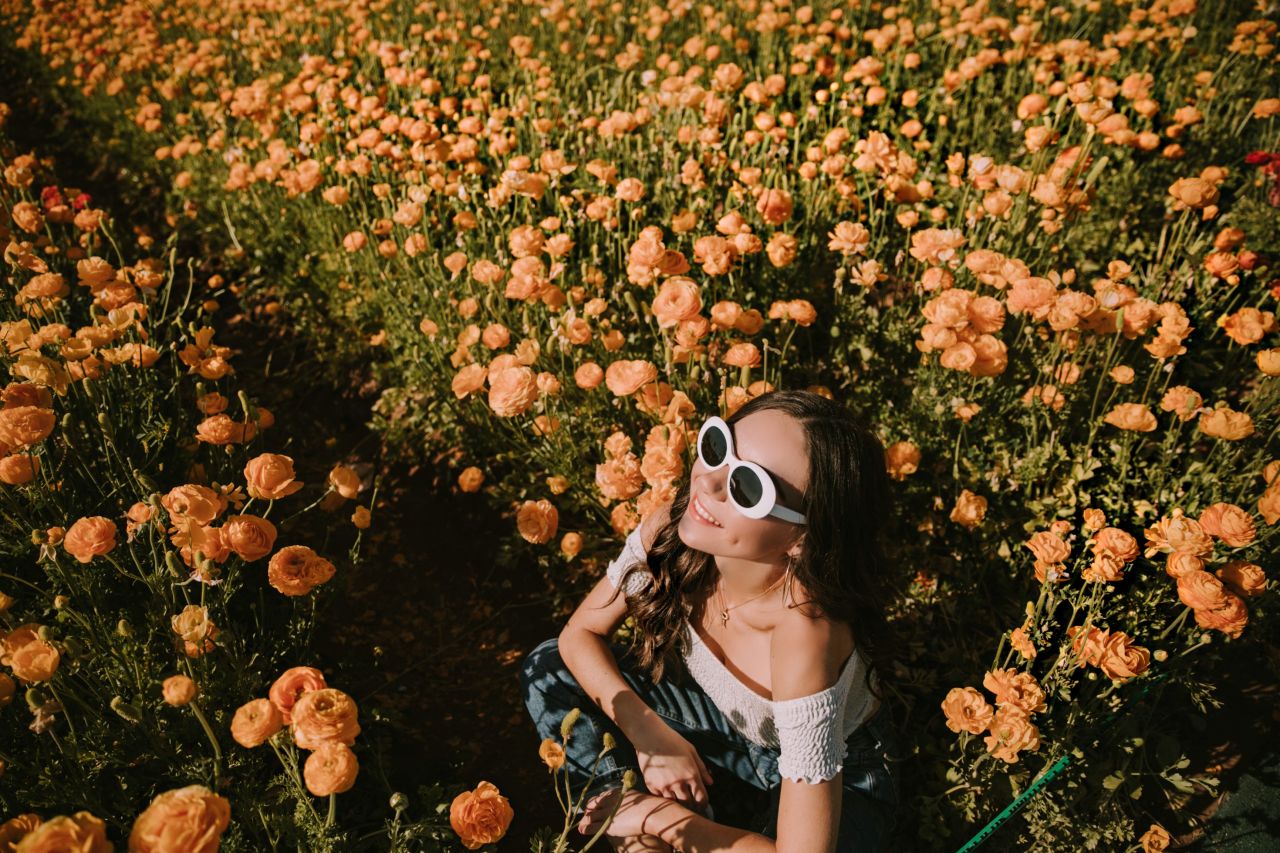 Whenever someone I know visits San Diego and asks me ’So what should we do/see in San Diego?’, I always respond ‘Damn! There’s so much to do. Where should I start?.’ This happens quite often so I’ve decided to write a post about all the must-see spots so that I can send this complete guide to whoever asks!

Coronado Island and Bridge have a special place in my heart. I decided to move to San Diego after spending only a half day here (I was doing a big US tour with my mom) and this was one of the only spots I saw during that trip. It was more than enough for me to be mesmerized by its charm and spot-on California vibes. Fun fact: As a kid, I used to like commercials (my mom tells me I wouldn’t eat my meals unless she turned TV commercials on :), and after seeing the Coronado Bridge in real life, all of my memories from the car commercials I watched came back to me… Who else remembers this bridge from car commercials? 🙂

Even if you only have one day in San Diego, please do yourself a favor and visit Coronado Island. I recommend driving on the way there and taking the ferry to come back to downtown because that is another experience on its own. Don’t forget to check out Hotel Del Coronado and the cute ice-cream store inside, the pristine beaches of Coronado (there’s a dog beach too) and ferry landing. 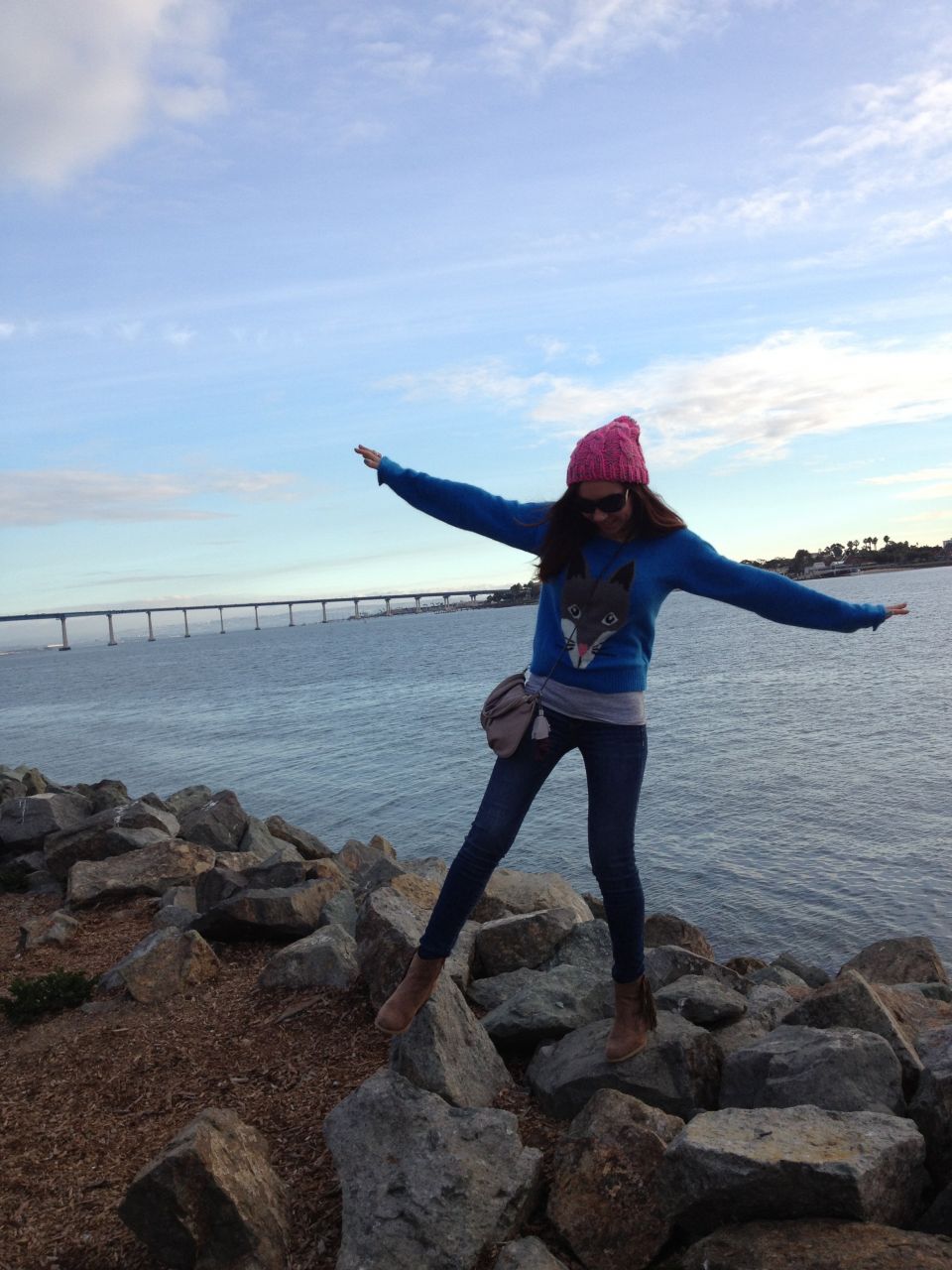 This was the second spot I visited in San Diego during my first time here and I knew I was going to come back because there’s just so much to see here… Museums (15!), International houses, art galleries, an organ theatre, numerous gardens including a botanic garden, a pond and a Japanese garden, a planetarium, a zoo and probably many more things I still haven’t explored! I find something new every time I visit! The Japanese Friendship Garden is a must see! Fun fact: Balboa Park is the nation’s largest urban cultural park! If it’s your first time visiting the park, I recommend starting with the narrated bus tour to get the historical memo about this park. And don’t forget to go to world famous San Diego Zoo if you’re a Panda lover like me 🙂 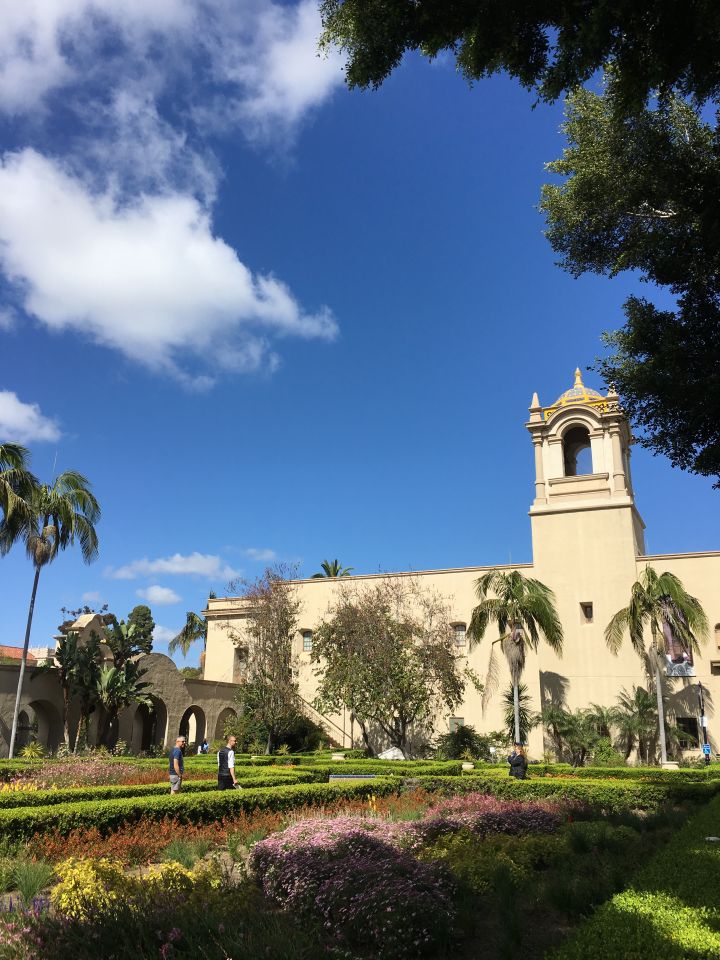 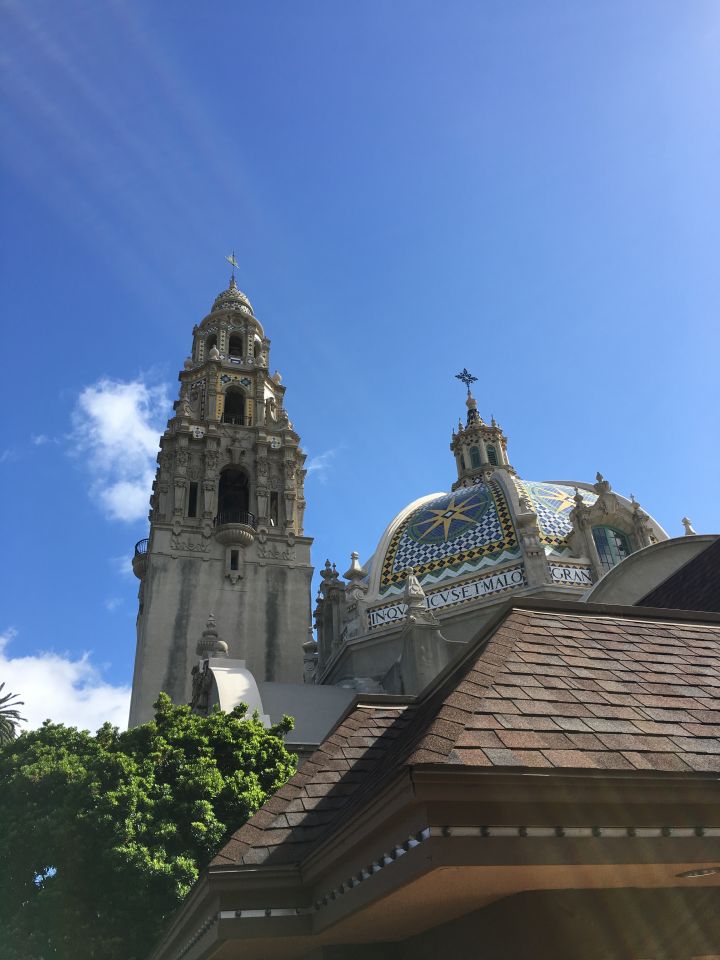 Go to Torrey Pines State Reserve to admire amazing scenic views of La Jolla beaches combined with unique rock formations. I’m not a big hiker but I like that I can do a light sunset hike here even when I’m not in the mood for a long hike. Definitely Instagram worthy views! The photo below is from one of my hikes at Torrey Pines.

Indulge yourself in tacos, margaritas and California Burritos! You won’t find a better version anywhere else in the world, except Mexico of course 🙂 My fav Mexican restaurants are Puesto (downtown and La Jolla), Oscar’s Mexican Seafood (PB, Hillcrest, East Village and Encinitas), La Puerta (downtown) and Lolita’s (Clairemont Mesa). 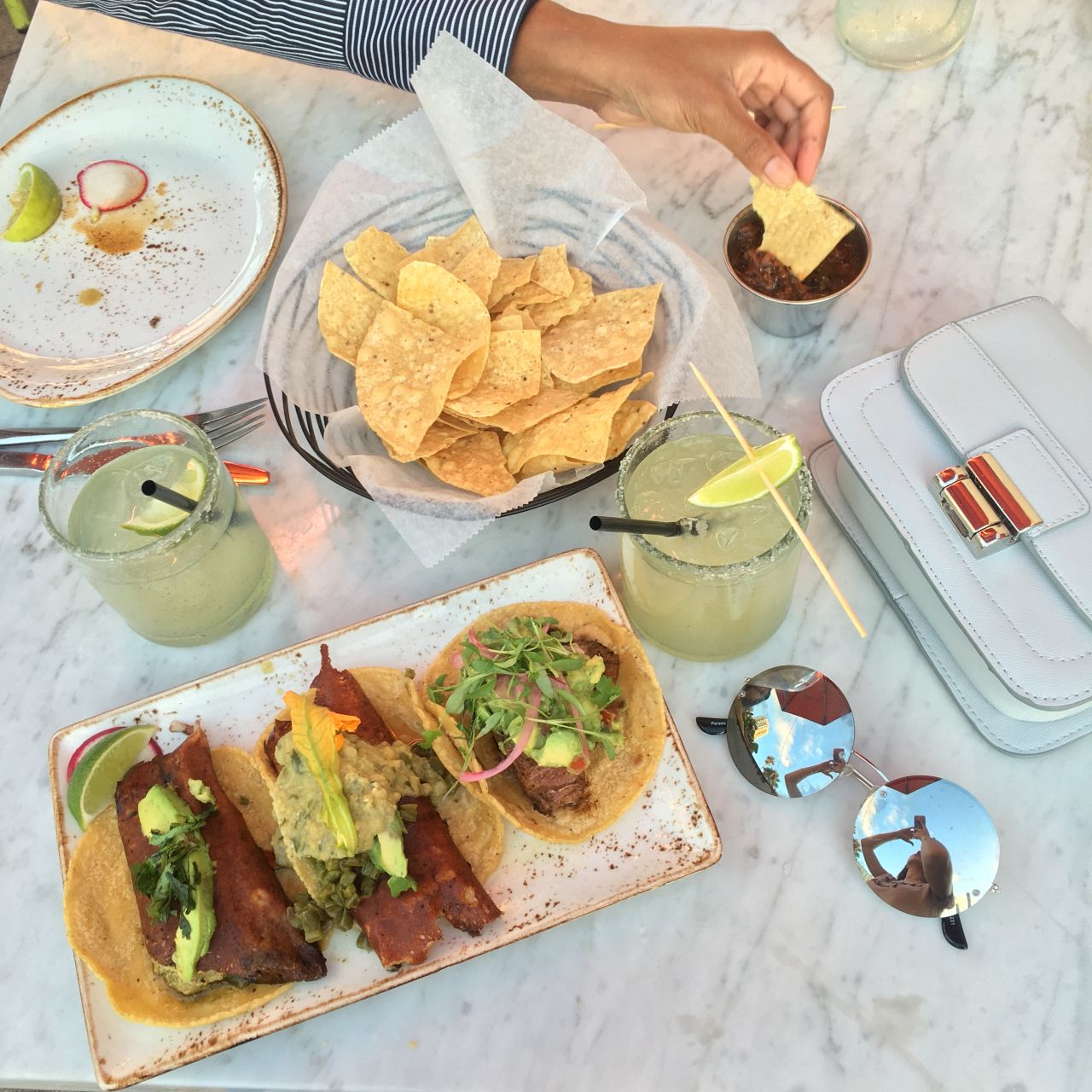 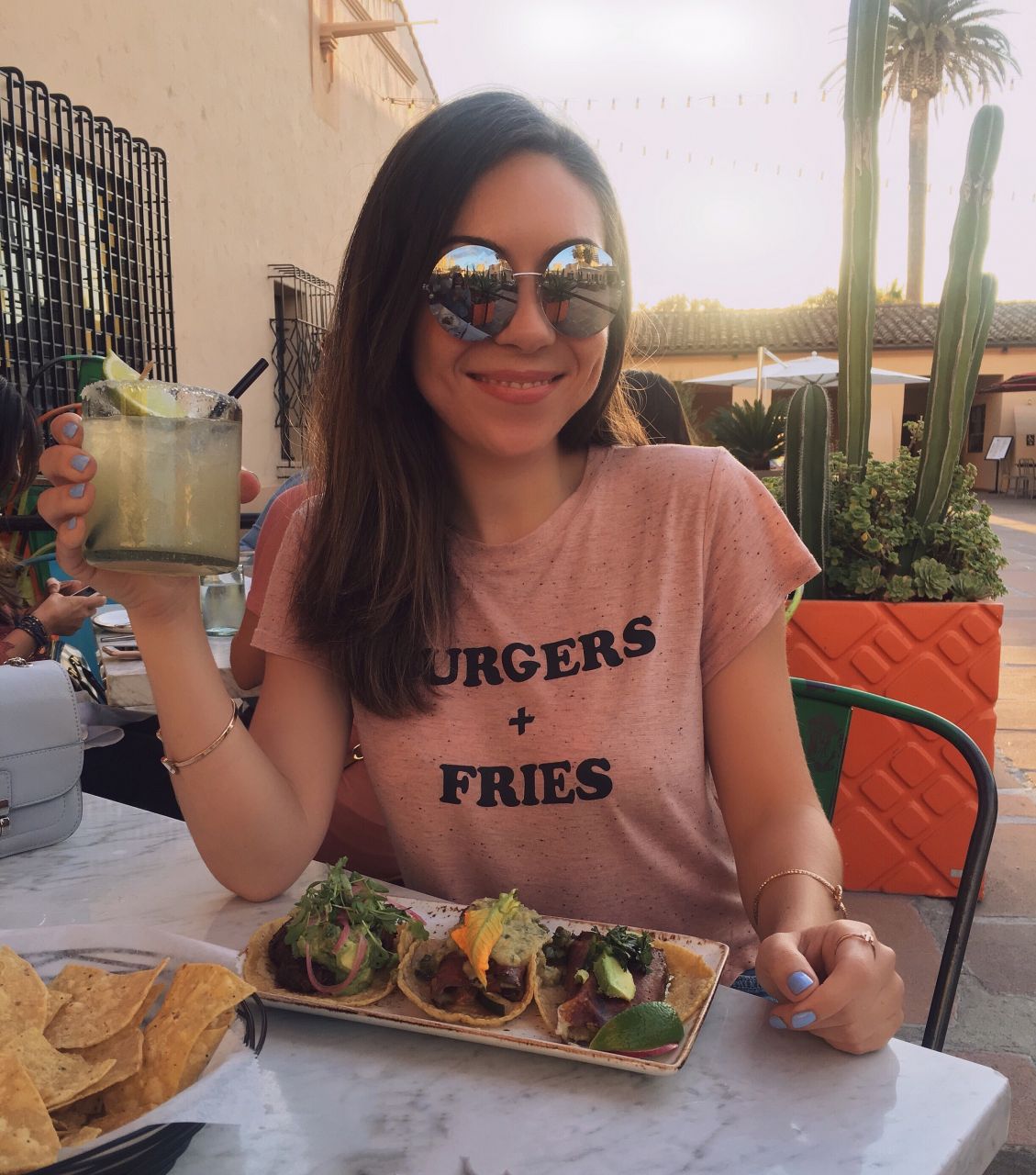 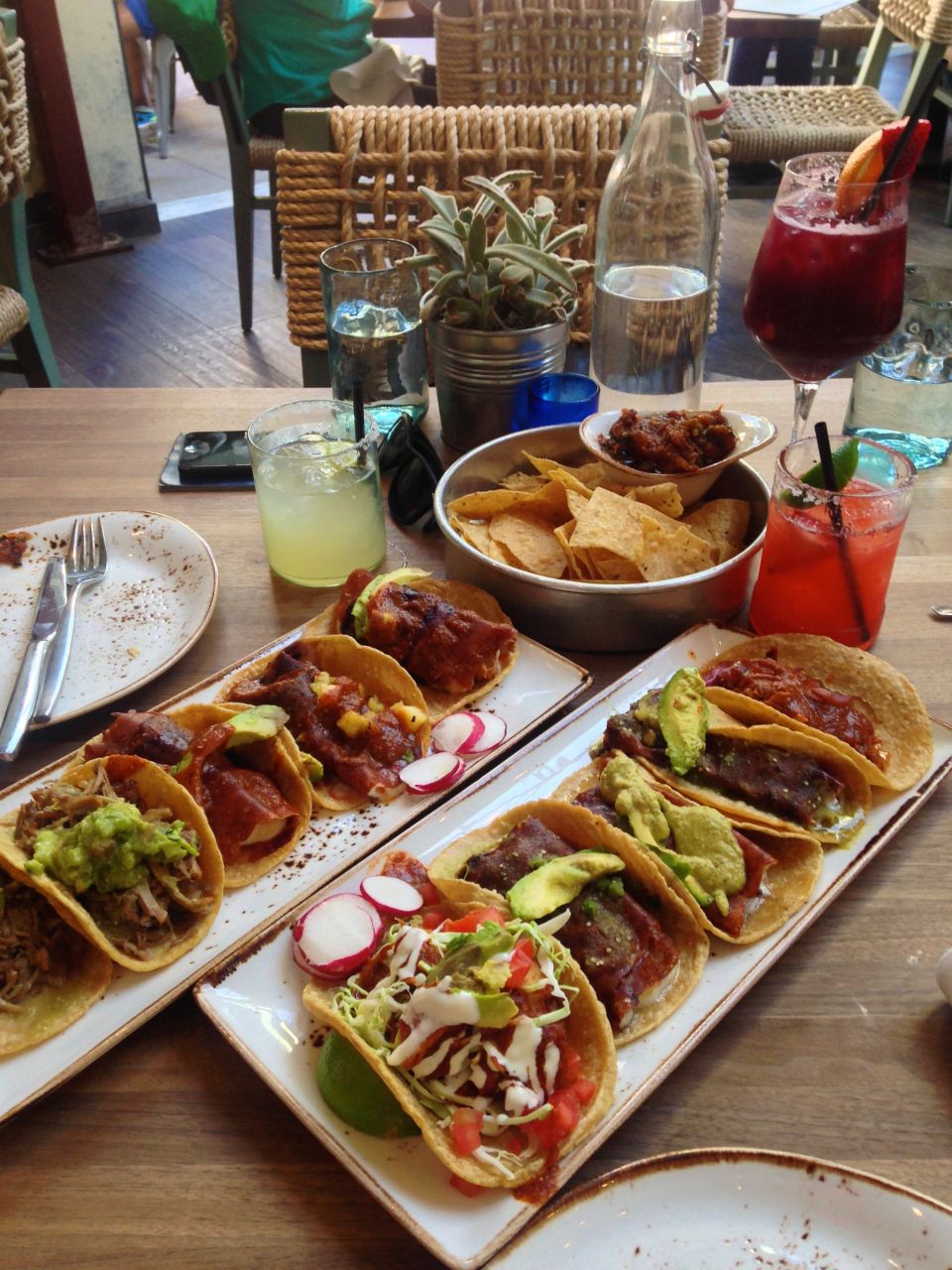 Definitely plan to spend half a day in La Jolla! Start with a delicious breakfast in La Jolla Cove (my fav breakfast spot here is ‘Brockton Villa’), then walk around the coast to Children’s Pool where you’ll see the seals. Guess where the name of this comes from? Yes, this seawall was built in 1932 to protect the shore from oncoming waves, making it the ideal spot for children to paddle without danger. It’s not safe enough for kids to swim there anymore but it’s perfect for seals and sea lions. One of my favorite spots in San Diego to get incredible views of La Jolla, the Pacific Ocean and sunsets of course. #sunsetchaseralert

From this point, you can either keep going up north or south and see different attractions and beaches along the way. I recommend doing both. If you’re going up north first, you’ll see Seal Rock on your way, which is also home to hundreds of seals. Assuming you’ve already had breakfast in La Jolla Cove, you can hit Village of La Jolla (Downtown La Jolla) to grab a coffee or gelato. If you’re going South, definitely stop by the Museum of Contemporary Art San Diego, Windansea Beach, Bird Rock area and La Jolla Hermosa Park in order. If you’re entering La Jolla from Pacific beach, visit these spots from last to first. If you decide to head North, some of the spots you must see on this route are La Jolla Underwater Park and La Jolla Shores Park. 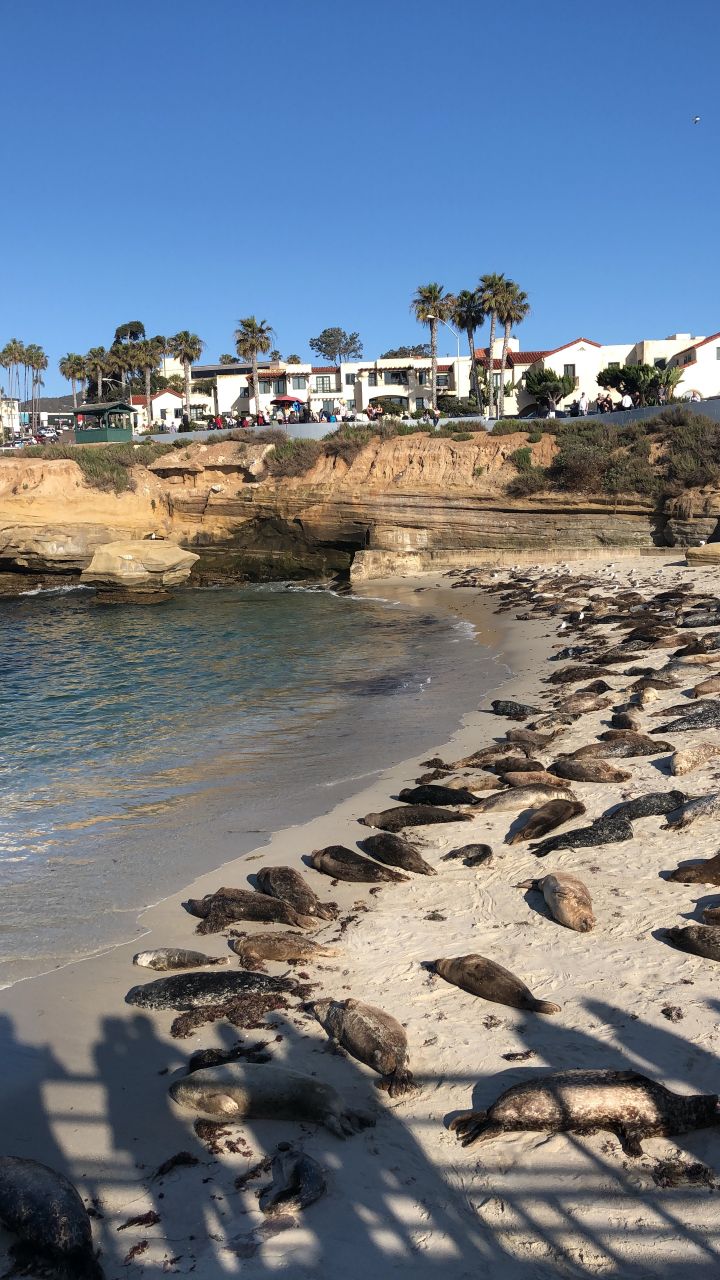 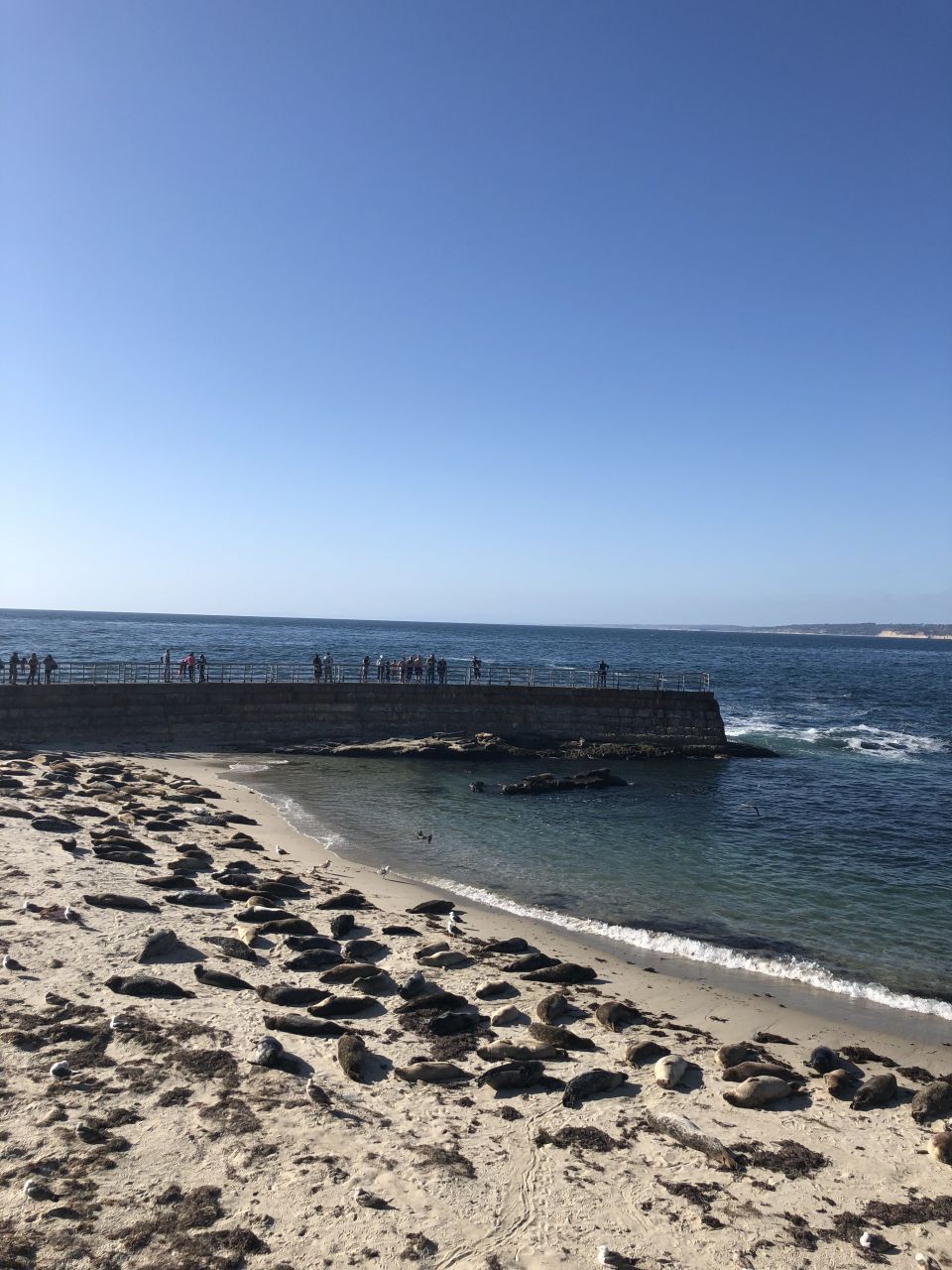 6. Scripps Institute of Oceanography, Birch Aquarium (definitely go to the pier here and the aquarium is one of the best ones I’ve been to), Salk Institute (which is known for its beautiful architecture and a must visit for Instaworthy shots) – and lastly Black’s Beach, mostly known as the nude beach in San Diego.

While this secluded beach doesn’t get much traffic compared to other beaches (difficult to access due to its location beneath the Torrey Pines bluffs), it’s one of my faves because of this exact reason. The other beaches tend to get very crowded in the summer so if you’re all about a peaceful beach day that allows you to  read and work, opt for Black’s Beach. Sunsets are gorgeous from this beach. FIY: You don’t have to be nude in this beach but you will see nude people so be prepared 🙂 It’s below the bluffs of Torrey Pines, which extend up to 300 feet (91 m) above the sandy beach. You will see Torrey Pines Gliderport, Salk Institute and Torrey Pines State Reserve on the bluffs above. I found out during my research that Black’s Beach was the first and only public nude beach in the country for several years in the mid-1970s, which I found interesting. Make sure to walk along the shore to see luxurious mansions including the Pavilion aka the Mushroom House. After this point, the beach leads into Torrey Pines State Reserve which I’ve mentioned above.

This cute historic park is not only super Insta-worthy, but it also has a rich history. Interesting fact: Old Town San Diego is considered the “birthplace” of California. San Diego is the site of the first permanent Spanish settlement in California in 1769. You’ll see exhibits, museums, history demonstrations, San Diego’s first one-room schoolhouse and even several notable Victorian homes that have been relocated and authentically restored to their original splendor. This is the best place in San Diego if you’re looking for Mexican trinkets! I specifically like Old Town during Dia de los Muertos time because they have special decorations and performances. Oh, and don’t forget to get a margarita or a Mexican feast while you’re in Old Town. My favorite restaurants in Old Town are Cafe Coyote and Harney Sushi (Yes I know this is not Mexican but it’s one of my fav sushi spots in SD so had to mention 🙂

My mom’s favorite place in San Diego is Seaport Village! There are a bunch of restaurants and stores in this area but I love walking the path by the water and Embarcadero the most #Sunsetchaseralert. Don’t finish that walk just yet. Walk by the water and you will spot the ‘Unconditional Surrender Sculpture’ which is absolutely gorgeous. While you’re there, keep going North to the USS Midway Museum, which consists of the aircraft carrier Midway (CV-41), America’s longest-serving aircraft carrier of the 20th century, from 1945 to 1992. Don’t even think about going to Gaslamp Square yet, keep walking up North for another 8 minutes to see Maritime Museum of San Diego and Star of India.  After this point, you can end your day with a delicious meal in Little Italy, Downtown, or East Village which both have amazing restaurants! 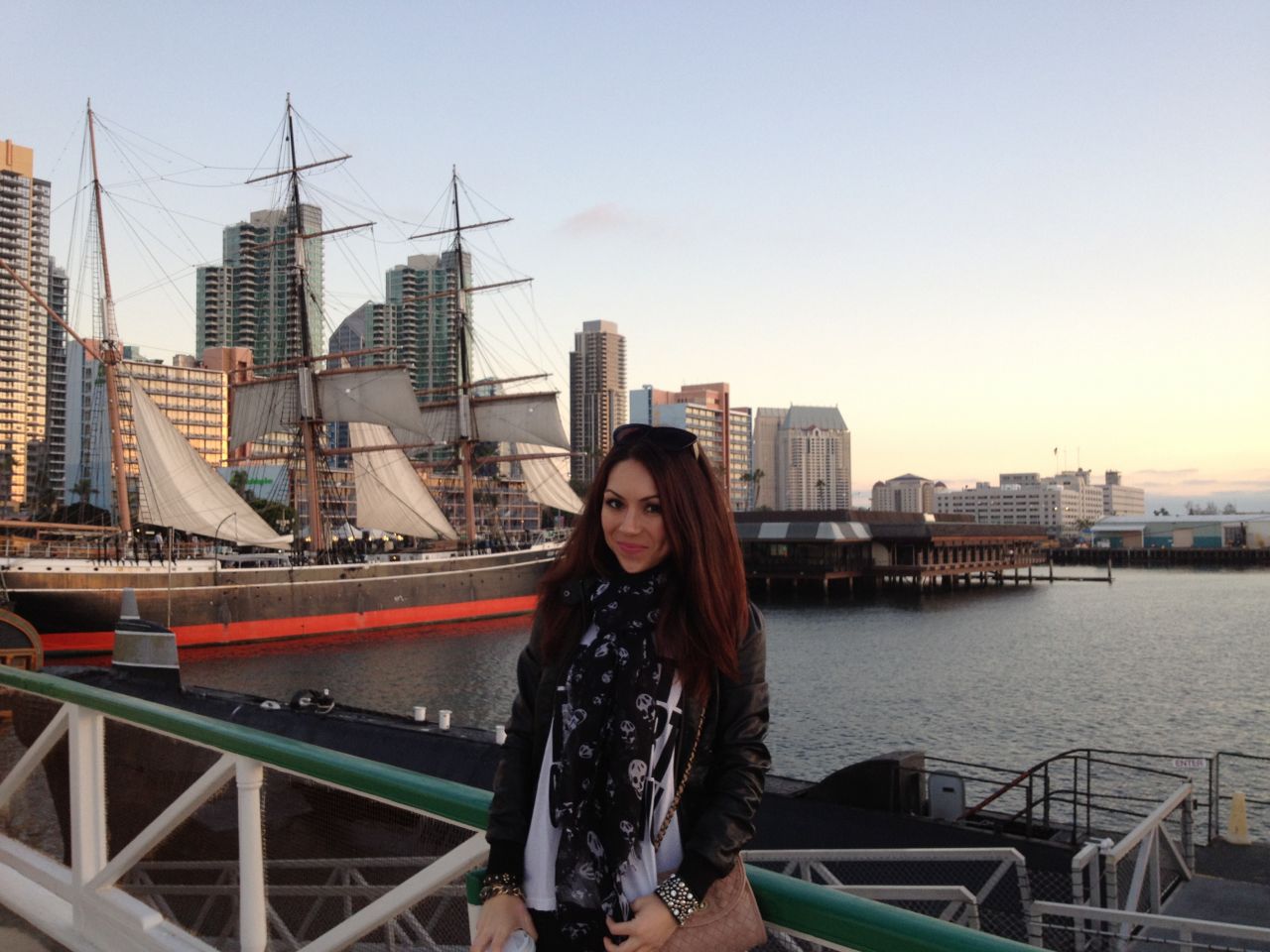 Downtown is the most poppin part of San Diego for parties and clubs. There’s something for everyone in this part of San Diego and some of the most amazing restaurants and bars of San Diego are here too. Parking definitely gets tough tho – almost impossible on weekends so I recommend using ubers or taxis. I prefer East Village over the crowds of Downtown cause I find it a little bit more fresh, less crowded and hip. I shoot a lot of my blog pictures there and my favorite bar/distillery/Instagrammable place in San Diego is in this part of town as well. You MUST include You & Yours Distillery in your places to get a cocktail when in San Diego. Read more about this chic place HERE. 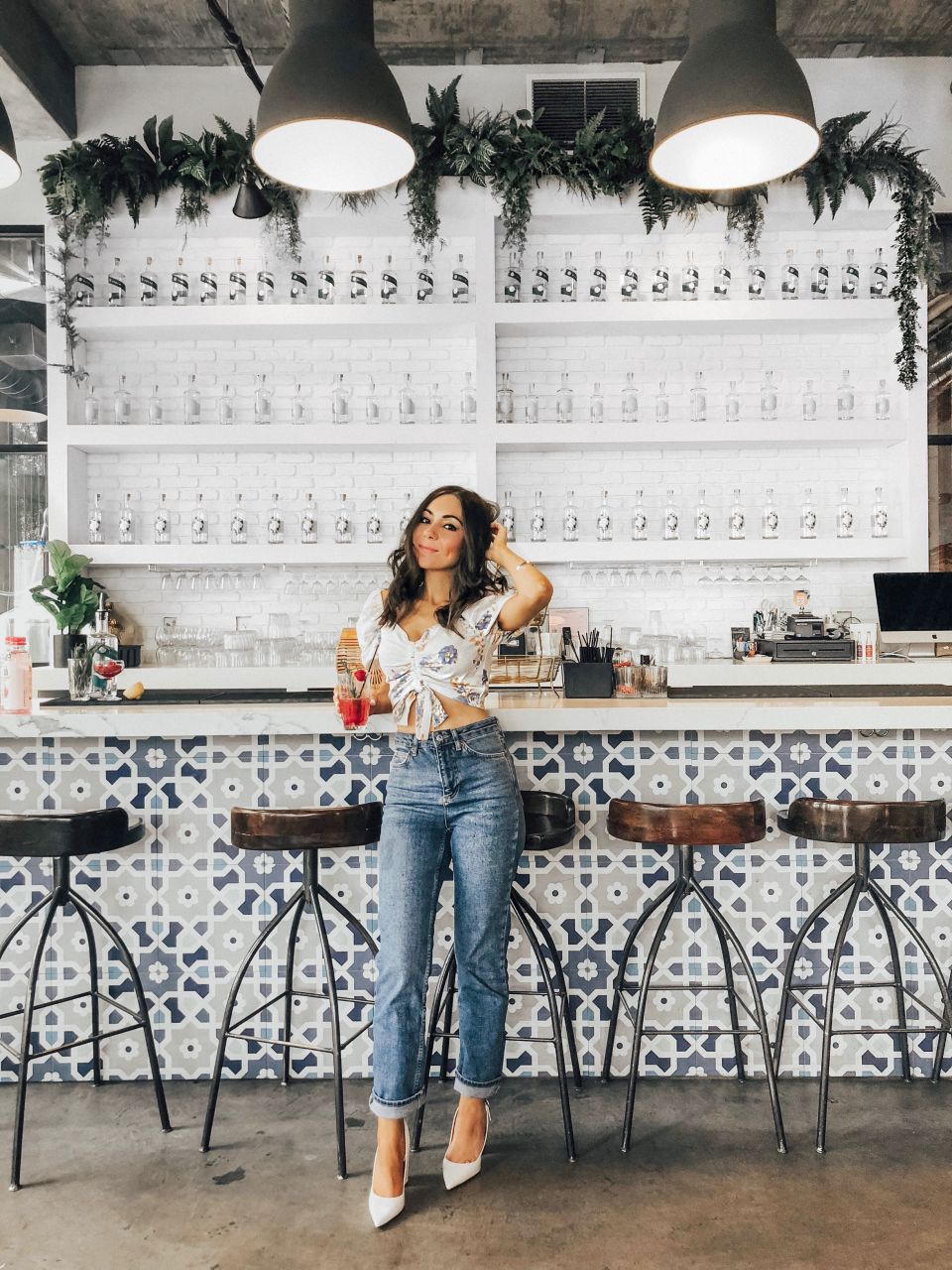 Definitely a neglected site to visit in San Diego, yet it’s one of the few places I take my friends to when they visit here. Cabrillo National Monument (which is a part of the Historic Park) is at the southern tip of Point Loma Peninsula (Point Loma is another cool neighborhood of San Diego) and there’s a lot of history behind it. This was the first piece of land that Juan Rodríguez Cabrillo stepped foot at in September 28, 1542. This was the first time a European expedition had set foot on what later became the West Coast of the United States. My second favorite spot in this historic park, after the monument is the Old Point Loma Lighthouse, which is the highest point in the park. It’s pretty cool because it’s a museum now and you can actually see the living areas in the lighthouse. I love the stairs here, super narrow and tight – very lighthouse-esq 🙂 There are other attractions in this park and you can also drive down to the beach to check out the Cabrillo National Monument tidepools which were honestly much cooler than I expected!

Another amazing sunset watching point with amazing ocean views surrounded by cliffs. Haven’t been there in a while but now that I’m thinking about it, I might go and watch the sunset there tomorrow 🙂 #sunsetchaseralert. This is technically in Point Loma so it’s a perfect place to end the day after visiting Cabrillo National Monument. If you have time, you can keep driving up North to Ocean Beach, Mission Beach and Pacific Beach in order. Belmont Park in PB is fun to play at – it has an arcade that I visit when I miss the arcades in Japan. 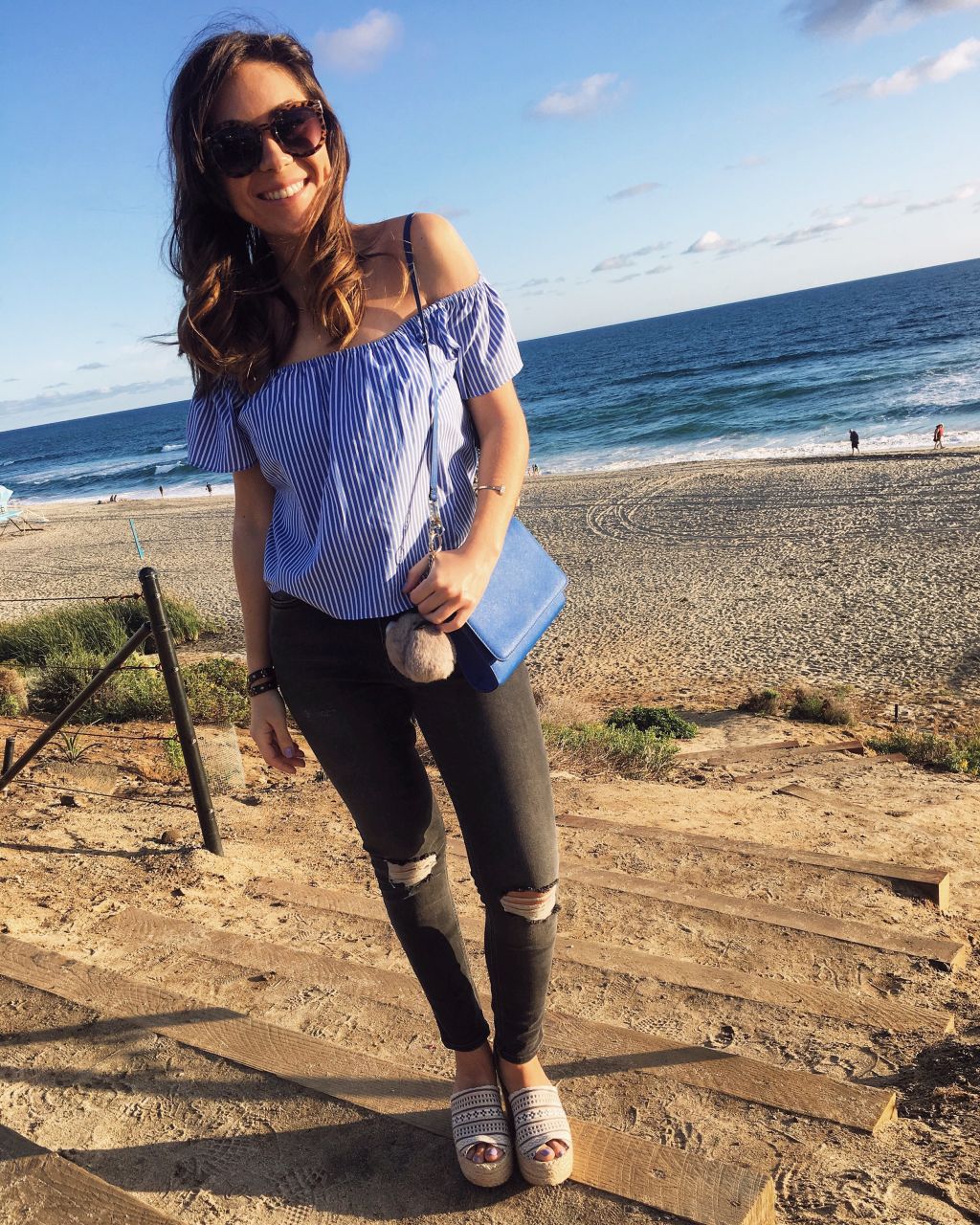 North County is an area which I hadn’t explored much except for Del Mar and the flower fields in Carlsbad (which just opened and will be open till May 14! Yay!) – until I moved up here! I recently moved 5 min away from the beach in Carlsbad and 10 min away from Oceanside pier and I enjoy exploring this area every day. There are a couple of sandy beaches in this area and they’re definitely less crowded than the beaches in central San Diego. A must visit if you’re a surfer! After leaving La Jolla, you will see these beach towns in order: Del Mar, Solana Beach, Cardiff, Encinitas, Ponto Beach, Carlsbad and Oceanside. Some people think they’re all similar but I think they’re each different enough for a quick visit. If you’re a lego fan, a day at Legoland Carlsbad – one of the seven Legolands in the world – is a must! Cactus, succulent and botanic garden lovers! ABSOLUTELY check out the Succulent cafe in Oceanside, San Diego Botanic Garden in Encinitas and The Flower Fields in Carlsbad (open March-May)! You will thank me later! 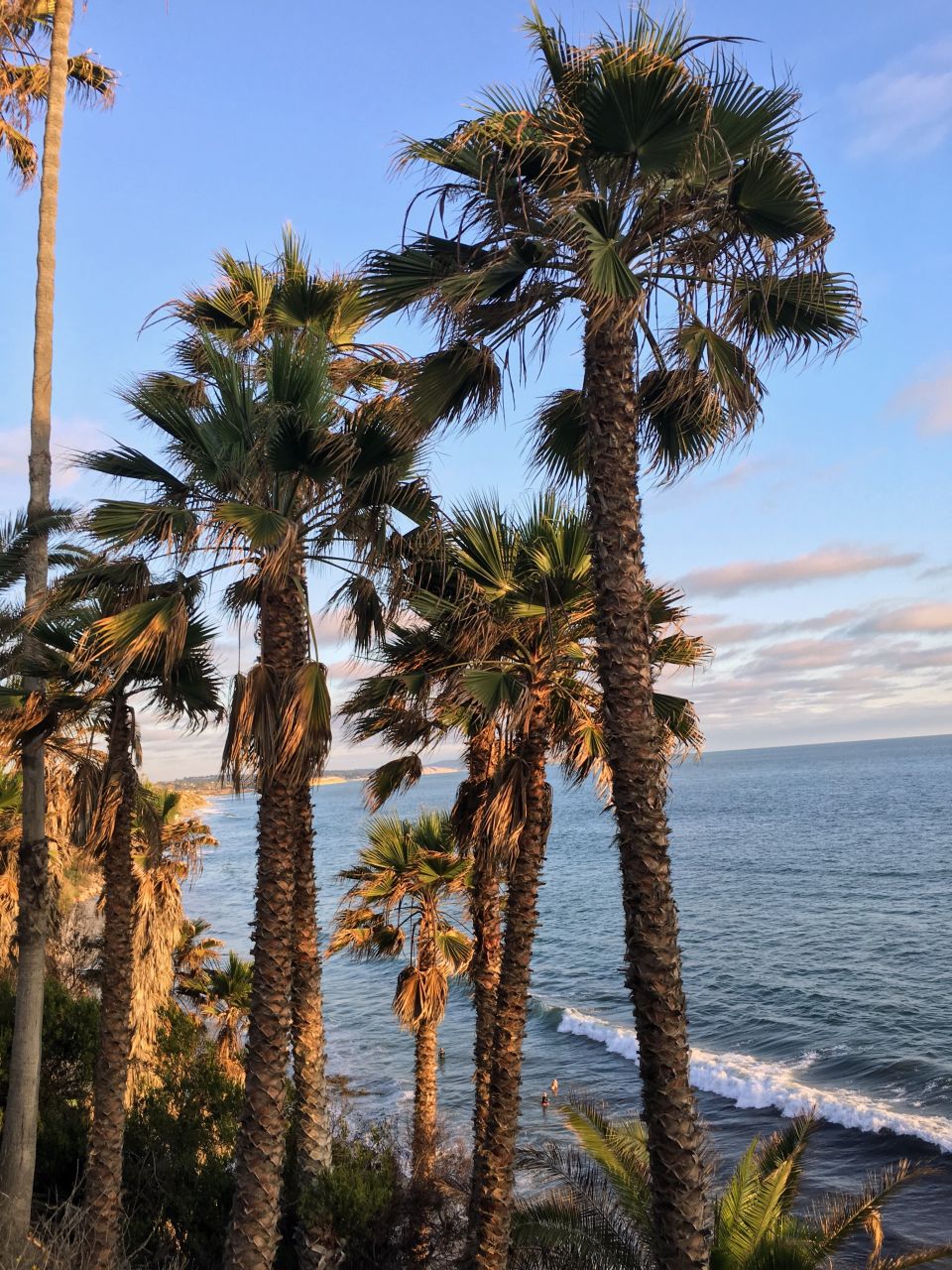 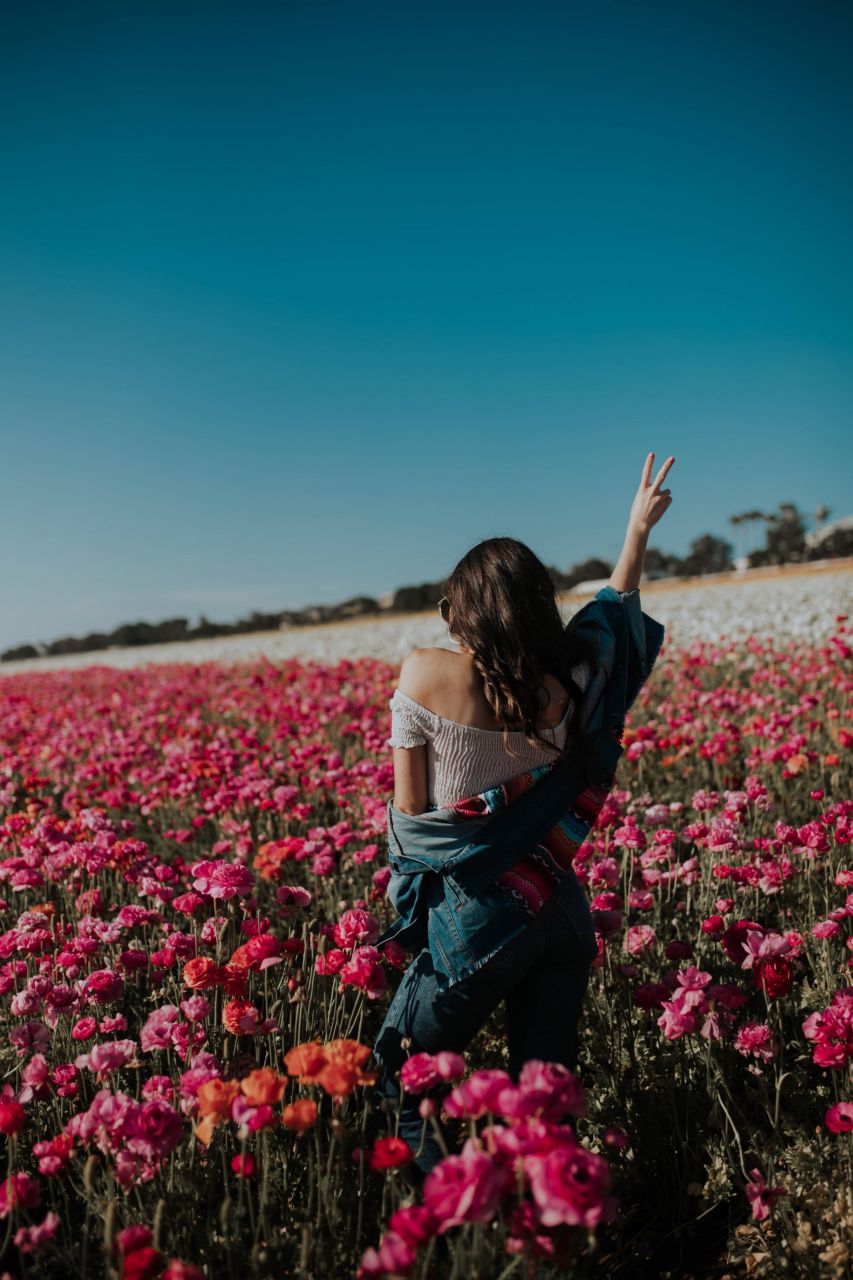 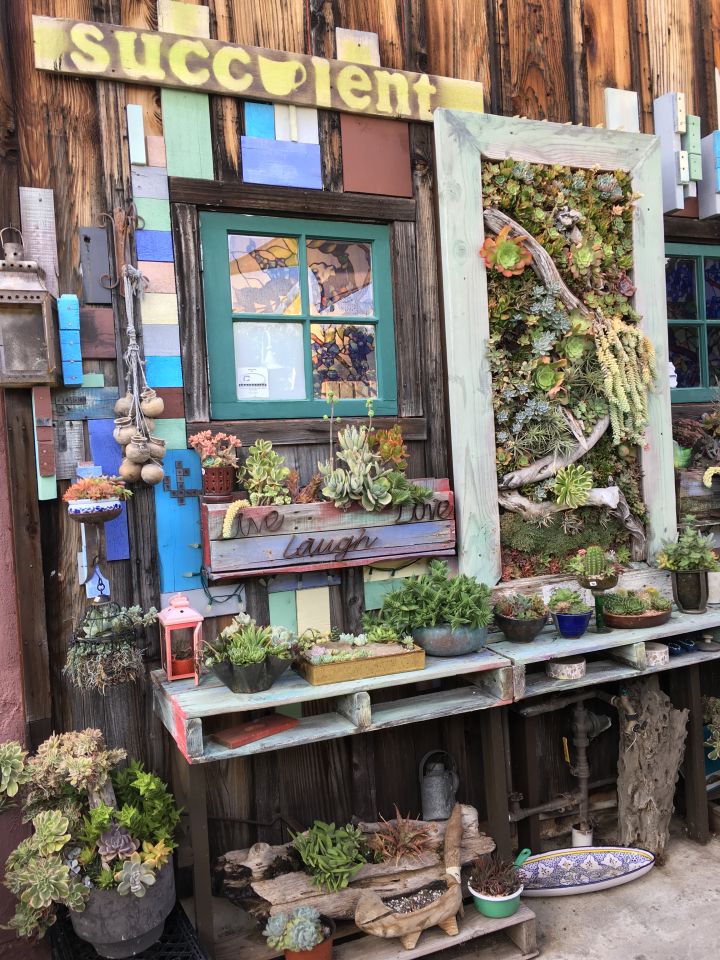 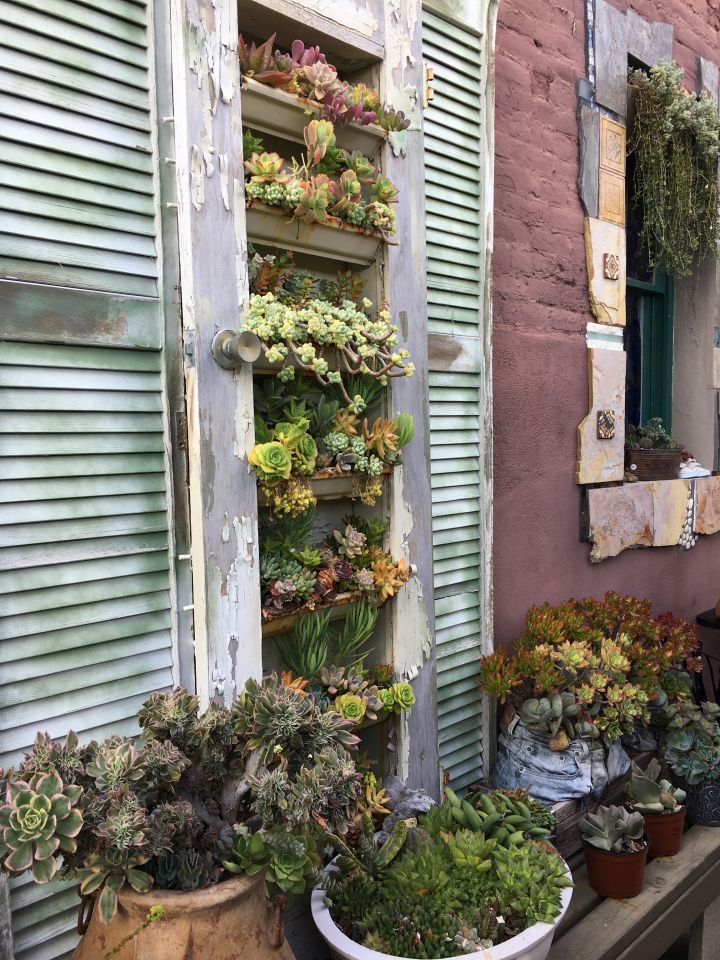 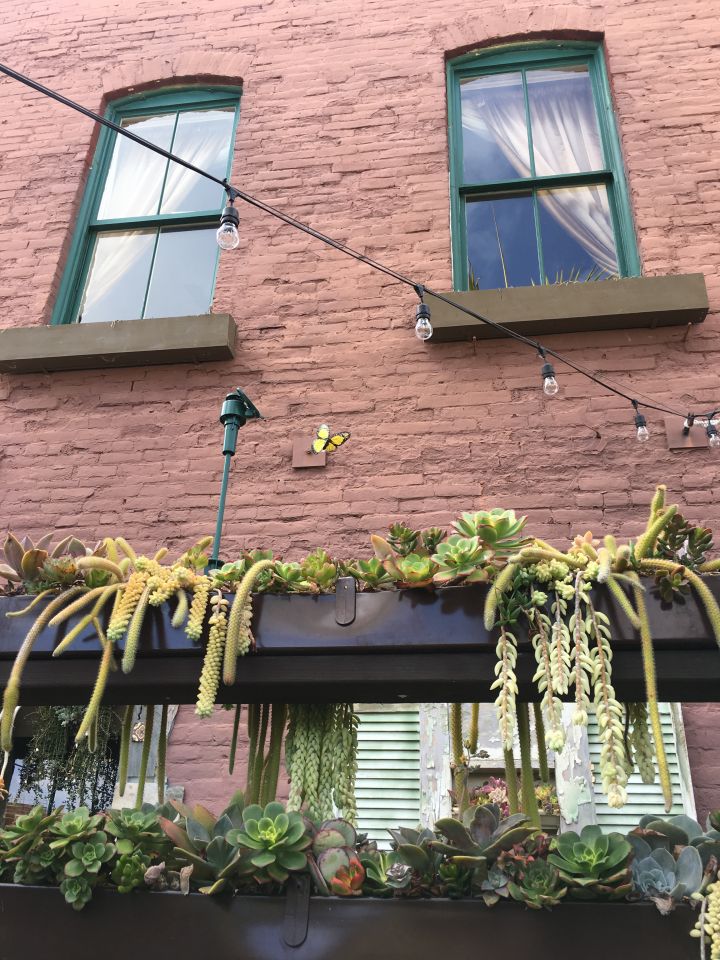 This post was first published on March 8, 2017, and I update it frequently.

You may also enjoy: